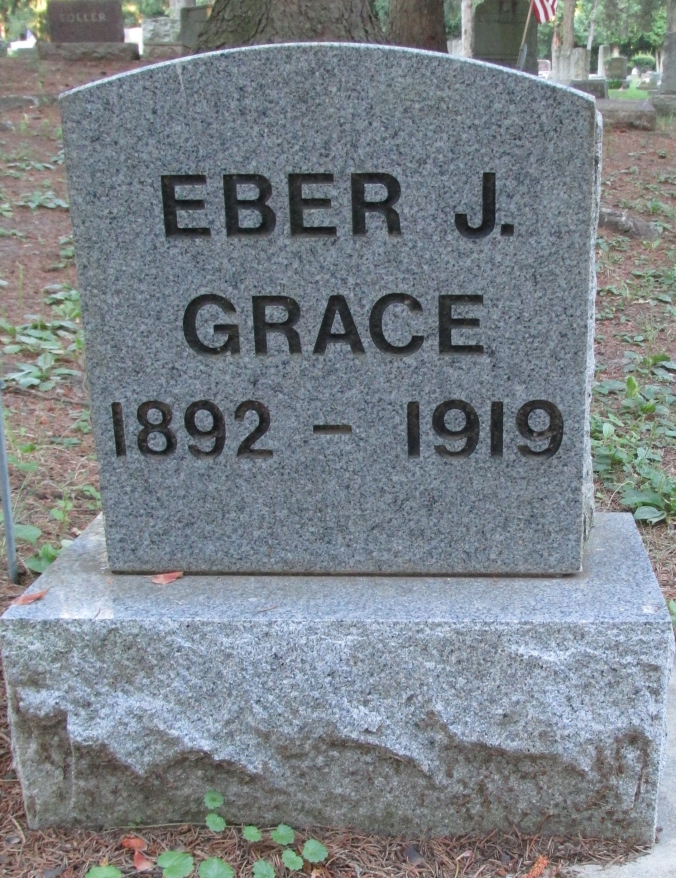 Eber John Grace was born July 24, 1892, in Allen County, Indiana to Simon and Marilda Grace. Eber was the youngest of four children to a farm family. Sometime before 1910 the Grace family moved to Bethany Township to farm. Helping on the farm was Eber’s job, and that was what he was doing when he married Sylva Ann Grandy on December 29, 1912, in St. Louis.

Five years later, on May 24, 1917, Sylva gave birth to their first child. It was also a tragic time as Sylva died from complications due to childbirth. Eber now had a child to raise, and he was a widower. One month later, he was called to register to the draft. Another year passed, and the Army called Eber to military service, and he found himself at Camp Custer on August 28, 1918. Assigned to the 11th Company, 3rd B.M., 160th D.B., Eber Grace was transferred to the Motor Cycle Company by the time he arrived in France.

A second tragedy befell Eber Grace when on March 11, 1919, in Libourne, Gironde, France when he died due to a motorcycle accident. The only information about Eber Grace’s death could be summed up in the World War I book, Soldiers of the Great War. His name was merely listed under the category “Died of Accident.”

Sometime after his death, Grace was brought home from France, and he was laid to rest in Alma’s Riverside Cemetery.

When he died, Eber J. Grace was twenty-seven years old, and he left behind a two-year-old daughter.