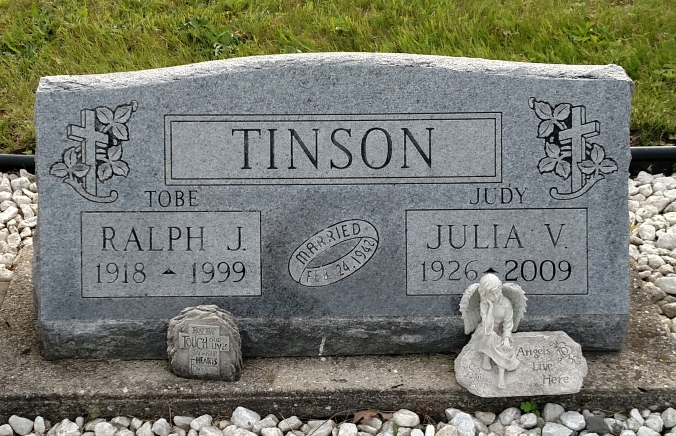 Ralph J. Tinson, Sr. was born December 15, 1918 in Pontiac, Michigan to Stephen J. and Minnie Tinson. Ralph had 3 older siblings. Ralph married his wife Julia in 1942 and he entered the United States Army at Fort Sheridan, Illinois on June 12, 1944. Ralph was discharged on January 25, 1946.  After the war he worked for the Gratiot County Road Commission for 31 years. He was a charter member and commander of the Ithaca VFW Post 7805. Ralph died on August 5, 1999 and he is buried in the Ithaca City Cemetery. Ralph J. Tinson is one of many Gratiot County men and women who served his county, state and nation during time of war.