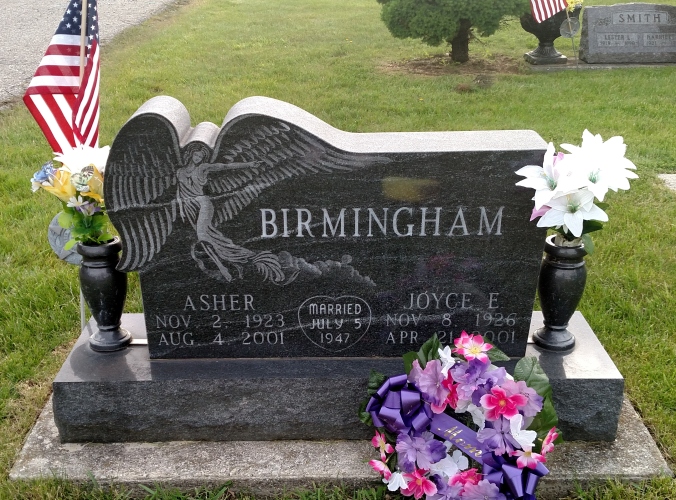 Asher Birmingham was born November 2, 1923, to Frank and Nina Birmingham of Alma. Asher served in the Navy during World War II in the South Pacific as an electrician. After the war, he married his wife Joyce and they had three children. Asher was employed for many years at Alma Products. He greatly enjoyed bowling, even bowling at the end of his life with the use of a cane. He actively volunteered by delivering meals for senior citizens, serving at the Student Activity Center (SAC) at Central Michigan University, sketching, making rugs and participating with the Pathfinders. Asher died on August 3, 2001 and he is buried in the Ithaca Center Cemetery. Asher Birmingham is one of many Gratiot County veterans who served our county, state and country during a time of war.