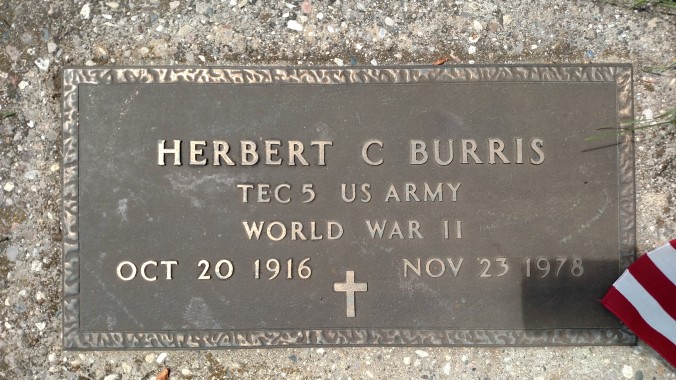 Herbert C. Burris was born October 20, 1916. On April 4, 1941, he enlisted in the United States Army and served there until being discharged on November 13, 1945. Herbert lived part of his life in the Clinton County area. He passed away on November 23, 1978, and rests in Alma’s Riverside Cemetery. Herbert C. Burris is one of many Gratiot County men and women who served their county, state, and country during a time of war.