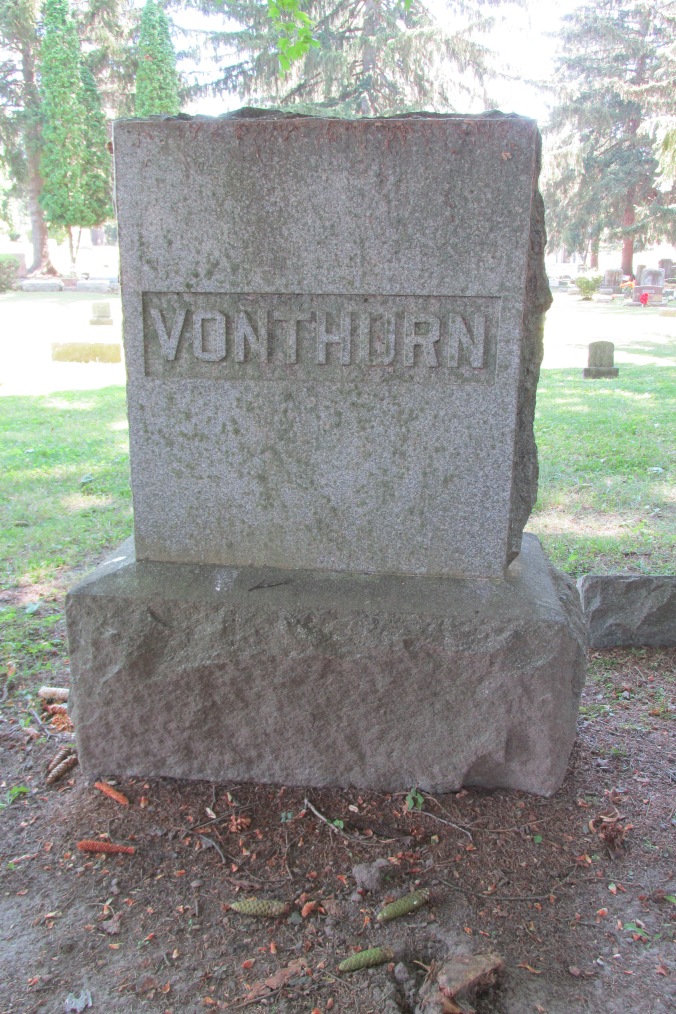 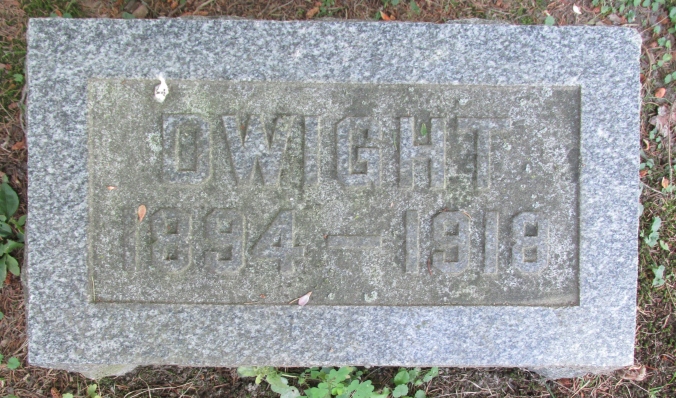 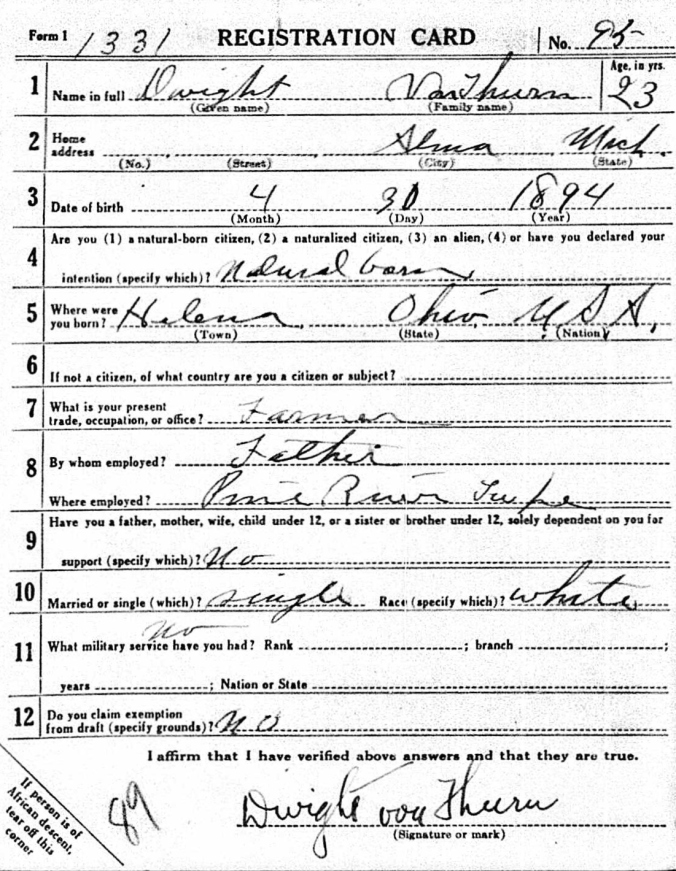 William Dwight Von Thurn was born April 30, 1894, in Helena, Ohio to Jacob and Lydia Von Thurn. They had a total of seven children with Dwight being one of the youngest. The family experienced tragedy when the oldest daughter, Bessie, died in California in 1909. By 1910, the Von Thurn family moved to Pine River Township in Gratiot County where they farmed.

At some point, Dwight decided to attend Alma College which he was doing when he answered the call for the draft on June 5, 1917. His family suffered another loss when Jacob, Dwight’s father, died in February 1918. A month later, on March 5, Dwight left for the service and was assigned to Fort Oglethorpe, Georgia. Von Thurn entered the Transportation Corps in Motor Ambulance Company Number Two, but the Army transferred him to the Medical Corps where he became a corporal.

When the flu epidemic reached Fort Oglethorpe, Dwight was among the first to volunteer to care for the influenza patients because there was a shortage of nurses. In the process of nursing other sick soldiers, he contracted the virus and became very ill. A call went out to his mother and sister in Alma that he was gravely ill and they rushed to see him. Sadly, Dwight died shortly before his family reached him.

About to be promoted to sergeant, Von Thurn’s superior officer wrote about him that “He was one of the most conscientious, more than willing men I have ever had under me and his influence for good over the men about him was very great. He was an artist by nature and his horror of bloodshed so great that to take life, even of an animal, would hurt him for days and yet he conquered it all and gave his life willingly for his country.”

Von Thurn’s body, along with his mother and sister, arrived back in Alma, along with a brother, Captain Lester Von Thurn, who also had been stationed at Fort Oglethorpe. A private funeral took place in Alma’s Riverside Cemetery. Six other men from the Alma Company of reserves attended the ceremony. The Alma Presbyterian Church, which Dwight attended, added another Gold Star to the service flag that it displayed.

When Dwight Von Thurn died, he was only twenty-six years old.