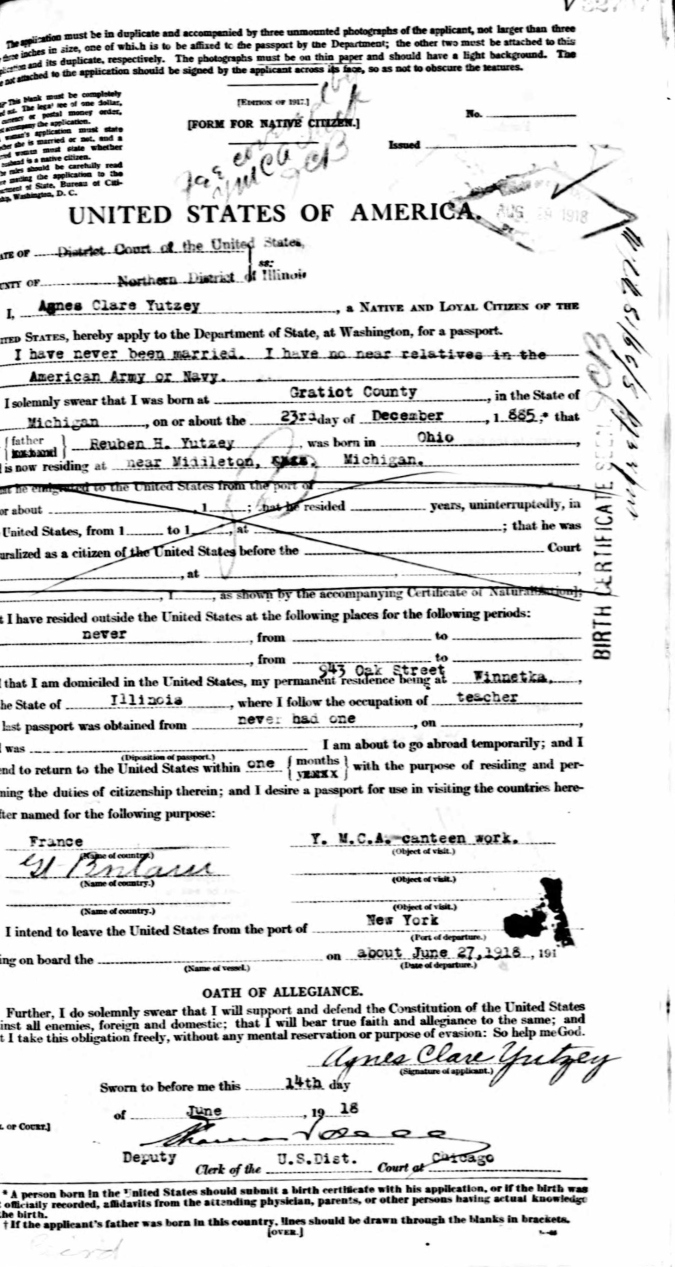 Above: Agnes Yutzey’s YMCA portrait; Yutzey’s application for a  passport; staff picture from Ithaca Schools, taken prior to volunteering to work with the YMCA.

Author’s note: The following article first appeared in the December 6, 2018 issue of the Gratiot County Herald.

During World War I, over 13,000 volunteers went to France and England to serve in the Young Men’s Christian Association (YMCA).   It was a favorite place for American soldiers, offering them a place to eat, relax, read and write home.

Agnes Yutzey, who lived near Middleton, was one of the many volunteers who left her job and went to Europe. During her youth, Yutzey’s parents moved so that she and her two sisters could attend school in Ithaca. A graduate of Central Michigan Normal School, she returned to Ithaca as a teacher before volunteering to head to Europe for the…